Kolkata lost to Chennai by 27 runs.

Chennai Super Kings made 192 for 3 in their Indian Premier League summit clash with Kolkata Knight Riders on Friday after du Plessis scored 86 off 59 balls. In his knock after CSK were invited to bat, Du Plessis hit seven fours and three sixes. CSK’s innings was highlighted by du Plessis’ three half-century partnerships.

Ali then completed a 68-run stand with du Plessis with a stroke-filled 37 not out off 20 balls, laced with two fours and three sixes. After being 80 for one halfway through, CSK scored 112 runs in the second half of their innings. Sunil Narine took two wickets for 26 runs for KKR. In the Indian Premier League final, Thakur struck twice against KKR. What a fight by S Mavi. Splendid bowling from Shardul Thakur with 3 wickets. Chasing 192 to win, Kolkata Knight Riders (KKR) lost to Chennai Super Kings which successfully wins 4th IPL title. As Kolkata Knight Riders chased 193, Venkatesh Iyer and Shubman Gill put on a fifty-run partnership for the first wicket. 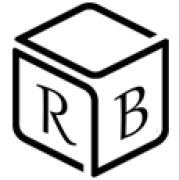 Carl Pei's Nothing is purportedly developing a phone, with a 2022 release date.

Before the first one-day international against Pakistan, New Zealand cancels its participation in the limited-overs tour due to a “security alert.”

The three-match One-Day International series between India and New Zealand has been postponed till 2022.